Health officials love to remind people to use DEET and other CDC-approved repellents, but they tend to shy away from telling the public what doesn’t work. As a result, millions of people adopt ineffective techniques and gimmicky devices. These people are not only subjecting themselves to annoying mosquito bites, they are increasing the likelihood that family members will contract West Nile virus disease, Zika virus disease, eastern equine encephalitis, and other mosquito-borne diseases. So I thought I’d make a list of the top myths and scams just in case skeptical people are Googling.

Despite the claims of thousands of posts on Facebook and Pinterest, there are no plants that, when planted around your yard, repel mosquitoes. And, just to be clear, the plant marketed as “mosquito plant” does not repel mosquitoes. I know this is deeply upsetting news to many plant fans. I’m just the messenger.

None of these have been found to work (details). It’s too bad. It would be really cool if they did. The FTC has taken some companies to court. There is, however, a device called The Mosquito that is effective at repelling teenagers.

3. Bags of water suspended from ceiling

This belief is common in Mexico, Central America, Spain, and certain pockets in the U.S. south. It’s a variation of the equally-ineffective tradition of hanging bags of water to repel house flies. Some people insist that you have to add coins (and just the right number).

Nope — even when mixed with other ingredients like beer and epsom salts, spraying Listerine around your yard won’t repel mosquitoes. Just another internet rumor started by somebody with too much free time.

Citronella candles only seem to work if you surround yourself with a lot of them, ideally in a protected area so that wind doesn’t dissipate the smoke. Similarly, Tiki torches that burn citronella-laced oil are ineffective. They smell great, though. The pleasant smell most likely contributes to the strong placebo effect. People absolutely believe they work even though they do not.

Per one study fungus gnats (which don’t bite) were mildly repelled by dryer sheets. I’d wager these sheets might actually be attractive to mosquitoes (some species home in on perfumes).

At best, wrist bands will reduce the number of mosquito bites on your wrist simply because they can’t bite through the plastic. But they will not emit enough volatile compounds to shield the rest of you. NB: currently there are no wristbands that contain DEET or other CDC-approved repellent. Details.

Stickers only prevent mosquitoes from biting the flesh directly underneath the sticker. You’d need an awful lot of stickers for full protection. If you can rock that look, I say go for it. Note, same conclusion for the stickers that claim to infuse your bloodstream with B1.

Eating garlic does not deter mosquitoes. Just deters other people.

These devices are adored by people because they make a satisfying crackle when an insect meets its end. Indeed, people who own these seem to delight in the attention these things get when friends come over in the evening. But if you dump all the carcasses on a table and sort them (good family fun), you’ll find that only a very small fraction of the victims will be mosquitoes. In one study, 0.22% were mosquitoes. Mostly you’ve just electrocuted thousands of small, defenseless moths and night-active beetles. That’s a lot of bad karma. More details.

These don’t appear to work. I’ve tried two and can confirm. If you’re still on the fence read some of the many 1-star reviews on Amazon.

14. Tubes of yeast and sugar

Contraptions filled with yeast and sugar are really good at attracting and killing fruit flies, ants, and wasps. They will not control your mosquitoes.

Sadly, it’s a myth that constructing a bat or bird hotel in your backyard will eliminate your mosquito problem. Bats and birds will certainly eat mosquitoes under some circumstances (e.g., when they are caged with nothing else) but under natural conditions they prefer to eat larger insects. You should still construct bird and bat houses, though. Details.

If you have questions, email me. 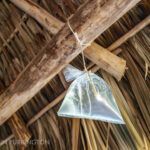 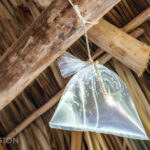