In the United States, seven companies are selling tubes filled with water, sugar, and yeast for mosquito control. The marketing pitch is that mosquitoes will be drawn to the devices by carbon dioxide (produced from yeast consuming the sugar), enter the device through tiny holes at the top, ingest some of the fluid inside, squeeze back out of the tube through the same holes, and then die (e.g., by exploding) due to the effects of a chemical (table salt, boric acid, garlic oil, etc.) dissolved in the fluid. Some of the companies claim their tubes will rid a yard of mosquitoes for months. I summarize the devices below.

Contains sugar, yeast, and salt. First sold in 2016 as the Spartan Mosquito Bomb, the company says these tubes will eradicate mosquito populations for up to 90 days. Company is based in Hattiesburg, Mississippi and was founded by Jeremy Hirsch (a Which Wich? Superior Sandwiches franchisee) and Chris Bonner (works at father’s chemical testing company). I reviewed the device in 2019.

Contains sugar, yeast, and salt. Produced by the same company (AC2T, Inc.) that makes the Spartan Mosquito Eradicator. Here is a commercial about the device. I don’t think this is sold anymore.

Contains sugar, yeast, citric acid, calcium carbonate, salt, and sodium lauryl sulfate (the latter two ingredients are supposed to be the active ingredients). Marketed as capable of eradicating mosquitoes for 90 days. Owners say that it has “more potent attractants in the lure for the traps than Spartan”. Company is based in Chattanooga, Tennessee, and owned by Jeff Clowdus (owner of JCL Tech LED lighting) and his brother Tim. This device doesn’t appear to registered in any of the states that require registration of “minimum risk” pesticides.

Contains sugar, yeast, baking soda, and salt. Company is based in Paragould, Arkansas, and owned by Kevin King, an insurance broker. This device doesn’t appear to registered in any of the states that require registration of “minimum risk” pesticides.

Contains sugar, yeast, and boric acid. Company claims it kills mosquitoes for 30 days. I reviewed the device in 2020. Here’s a comparison of the Pro Tech and the Eradicator.

Contains sugar, yeast, citric acid, calcium carbonate, and garlic oil. Described in ads as “highly effective” and providing “chemical free”, “round the clock”, “full-perimeter protection”. Company is part of Alliance Sports Group based in Grand Prairie, Texas. Owned by Larry Easterwood and family. My favorite line from a user’s review: “The light is a nice reminder it’s working.” Here’s a YouTube review that concludes device does not kill mosquitoes. This device doesn’t appear to registered in any of the states that require registration of “minimum risk” pesticides.

Contains sugar, yeast, and table salt. Company claims the device will eradicate up to 95% of mosquitoes for up to 90 days. Says mosquitoes “literally explode”. The containers are wasp traps made in China by Xiamen Consolidates Manufacture And Trading Co., Ltd. Here’s an ad. This device doesn’t appear to be registered in any of the states that require registration of “minimum risk” pesticides. Grandpa Gus is based in Austin, Texas and is owned by Nick Olynyk, an expert on junior hockey. UPDATE: device is no longer for sale, per owner.

Contains sugar, yeast, and table salt. The containers are the same wasp traps used by Grandpa Gus’s (above). Not surprisingly, they kill honey bees. Per casting calls for the commercials, the target demographic is white folks who shop at Whole Foods (I’m not making this up); the ads target only women, too. Here’s an ad. This device doesn’t appear to registered in any of the states that require registration of “minimum risk” pesticides. Exactly who owns Tougher Than Tom is unclear, but it seems to be managed by an Austin marketing firm called Simply Strive headed by Zachary S. Collins, an expert on autonomous media buyers. Olynyk and Collins apparently first collaborated on Real Deal Dating LLC, and both are officers in Sask Connect Marketing LLC.

Do any of these work?

For example, when scientists tested the Spartan Mosquito Eradicator, they concluded the device did not work. And a separate team of scientists have concluded that salt (an ingredient in most of these devices) does not kill mosquitoes.

Why are these devices only in the United States?

There are mosquitoes all over the world, so it’s curious that there are so many yeast-and-sugar contraptions for sale in the United States and nowhere else. It’s possible that Americans are just more likely to believe marketing hype even when it’s too good to be true. For example, Americans are less skeptical than people in Britain and Australia. And apparently Americans are more susceptible to placebo effects, so once we buy things we tend to really believe they work even when they do nothing (and via confirmation bias then ignore all facts that undermine that belief). Plus our science literacy is terrible (only 28% are literate) so it might not be obvious to a lot of Americans that salt isn’t going to make mosquitoes explode. Another explanation is that regulatory agencies in the United States (Environmental Protection Agency, Federal Trade Commission, for example) are overwhelmed by the volume of charlatans operating their hustles and can only take the most egregious to court.

Probably a combination of all of the above. 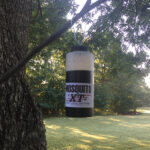 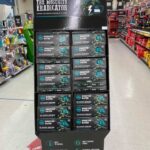 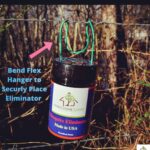 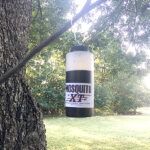 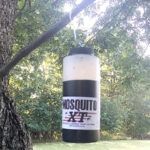 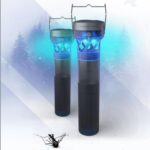 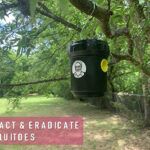 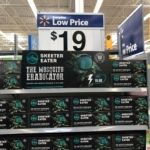 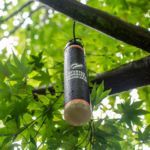